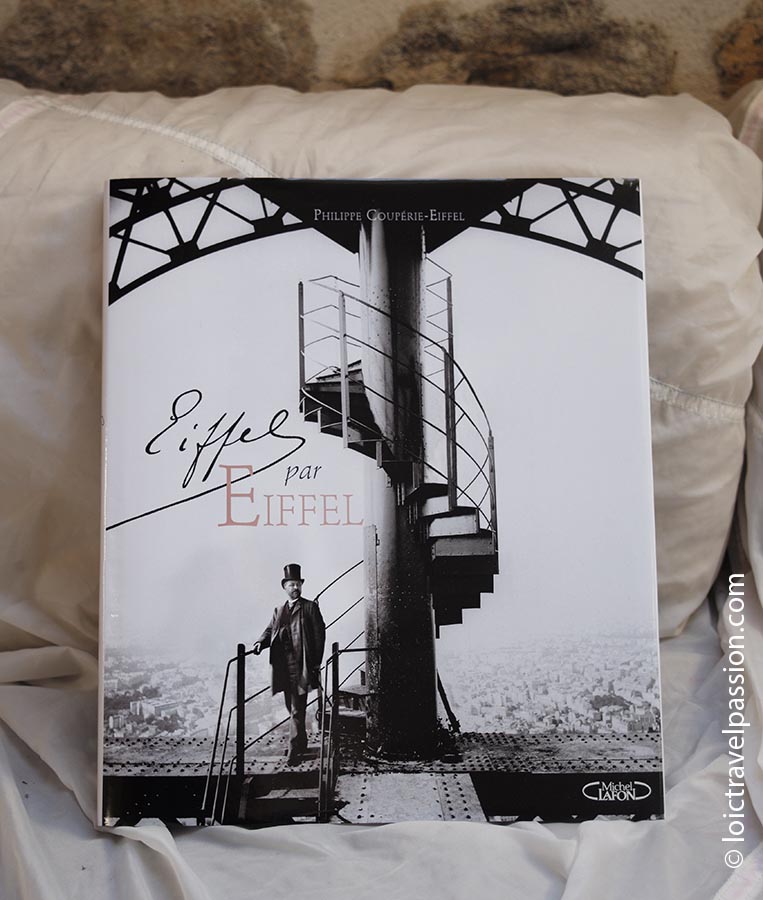 Gustave Eiffel biography by one of his descendant

” Eiffel par Eiffel ” , Gustave Eiffel biography by one of his descendant. 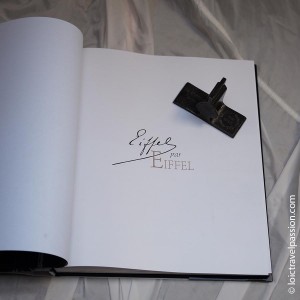 As an Eiffel tower addict ( one more architectural addiction ! ) I have recently bought a new book not about the Eiffel tower but about Gustave Eiffel. One of its descendant, Philippe Coupérie Eiffel, have make a wonderful work ! He has wrote this new book with family archives, french museum archives and unpublished documents. We can feel passion and I love the description through his memory and trough his grand mother memory, remembering family details. I specially appreciate the part well describe of Eiffel as a scientist, I had the chance to be invited to visite the Eiffel wind tunnel and the book reflet a reality I have touched. I’ll do a post on that.

You’ll learn stories of Gustave Eiffel as children. You’ll find picture of Gustave’s school bulletin, act wedding and vintage picture of Eiffel home. In the second part you’ll learn how Eiffel start his engineer carrer, and all success he had building incredible bridge around the world or created the structure of the Liberty . The third part is about the Eiffel tower. Enclose there is a facsimile of the contract between Paris governance and him ( he built 80% of Eiffel tower with his own money ). 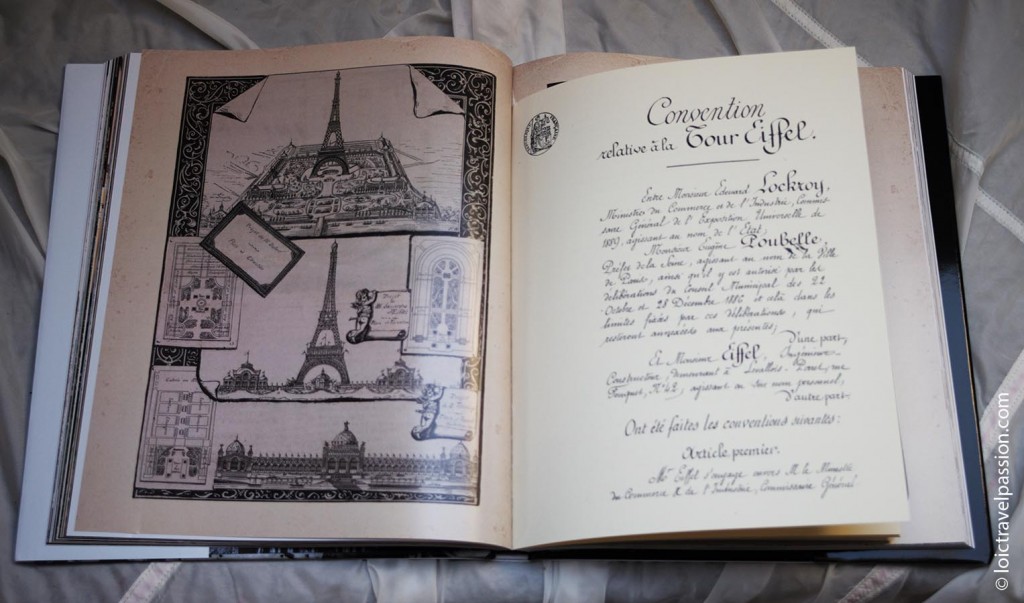 The fourth part is about Panama Canal, one of his hard time period in his life. Then you’ll finish with all details about scientist carrier the last years of his life, learning about aerodynamic, studying in his own wind tunnel aircraft and many others things. 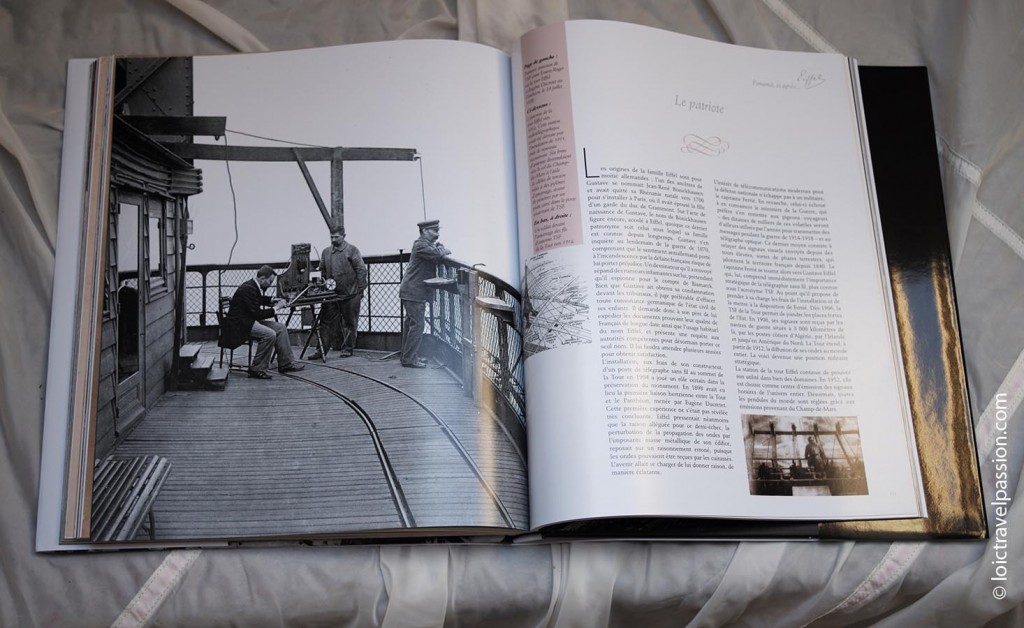 I’m sorry for the anglo saxon, the book “Eiffel par Eiffel” is only available actually in french. But picture are so incredible and there is so much personal private paper and new picture that I still recommend to buy it, you’ll love. And may be it will be a new motivation to read french for the foreign friends 🙂

Follow my blog ! share the Facebook page ! Don’t sit there, leave a message if you like it or if you have an experience ! I’ll do soon a review of Eiffel’s wind tunnel private visite. Be a sponsor, you can by my fine art photography, just send me an email.

Here the link to buy it on Amazone.fr :  ” Eiffel par Philippe Coupérie Eiffel ” 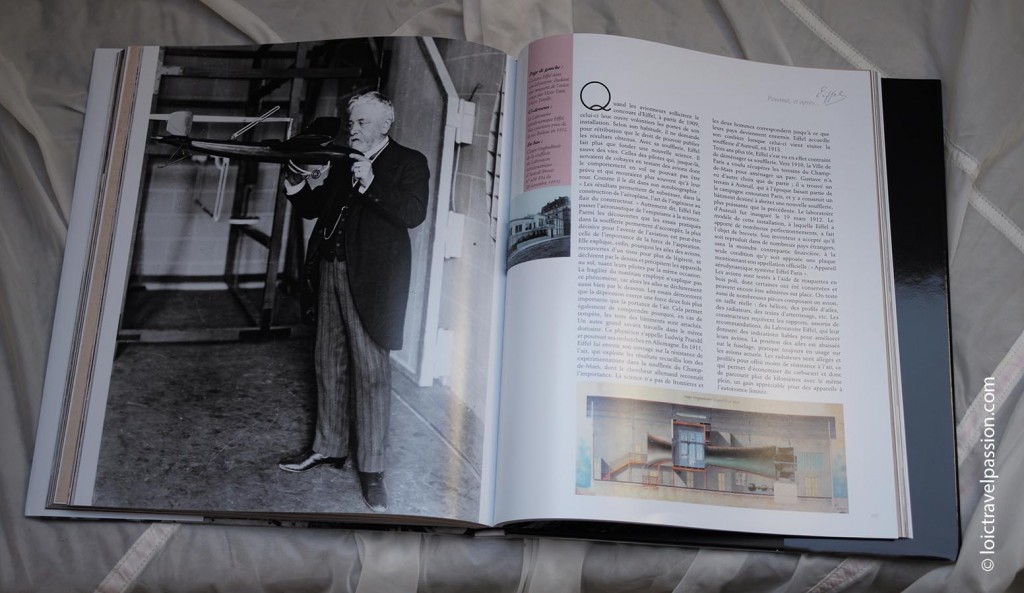 He is the author of the undisputed symbol of Paris , which radiates the aura around the world. But it would be simplistic to limit the work of Gustave Eiffel, the tower that bears his name , although he struggled to impose what was only a dream. From 1856 , he was entrusted with the construction of the railway bridge in Bordeaux – the first large-scale metallurgical work – it marks his style the four corners of the globe. The bridge over the Douro in Portugal , the Garabit viaduct , the church of Manila, the market Constantine and even the skeleton of the Statue of Liberty are just a few examples from over 300 masterful achievements . In 1892, his life changes : a report puts unjustly implicated in the Panama Canal scandal that erupted three years ago. Reached in his honor, Eiffel chooses to step back … to innovate ever : avant-garde designer of the first aircraft , a specialist in wind and dynamic , the father of modern meteorology , it appears as a multifaceted creator, spearhead the industrial age. But the public man never took precedence over private rights, Gustave Eiffel and his relatives left the memory of a great humanist , with the deepest sense of family . It is this legacy that his descendant Philippe Coupérie Eiffel strong advocate and invites us to discover here , through a wealth of archives, some unpublished , which reveal both an intimate and Eiffel engineer all possible . For 90 years of his death and the centenary of the Panama Canal .

Born in 1951, Philippe Couperie-Eiffel is the direct descendant of Gustave Eiffel. Until the age of sixteen, he spent all his holidays with his grandmother Valentine, the youngest daughter of the engineer in the various homesteads. Libraries, radio antennas, weather and strange objects laboratories have been the scene of his childhood, while Valentine told him the memories of the great man. “Know and understand what Dad did, and after, you’ll pass,” she told him. It is now the most ardent defender of the memory of his ancestor.

FIND THIS BOOK ON AMAZONE 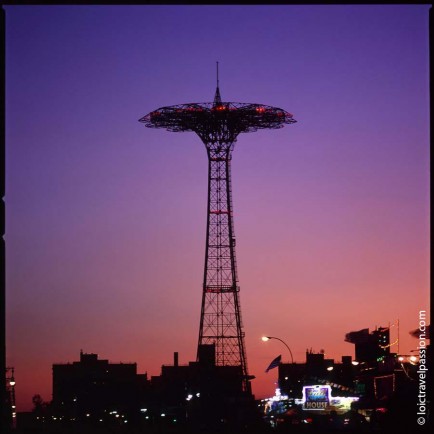 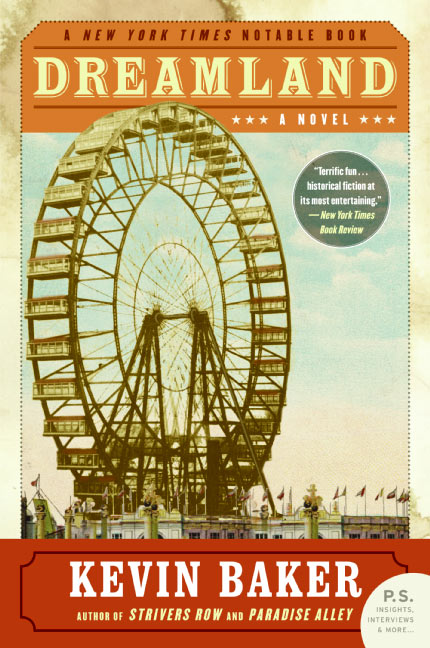 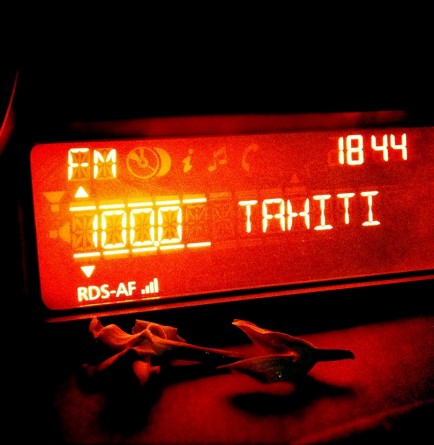 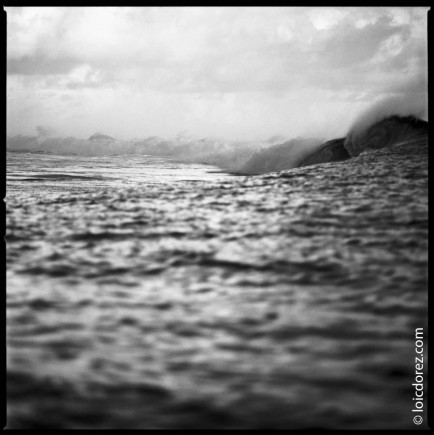 3 Responses to “Gustave Eiffel biography by one of his descendant”